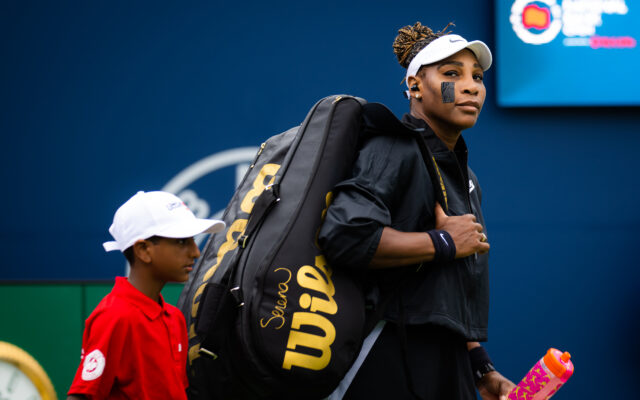 TORONTO, ONTARIO - AUGUST 08: Serena Williams of the United States walks onto the court to play Nuria Parrizas Diaz of Spain in her first round match on Day 3 of the National Bank Open, part of the Hologic WTA Tour, at Sobeys Stadium on August 08, 2022 in Toronto, Ontario (Photo by Robert Prange/Getty Images)

Serena Williams is a 23 time Grand Slam tennis champion. She said she has come to the end of the road. Serena announced in Vogue magazine that after she participates in the U.S. Open in New York later this Summer that’s it. She said she does not like using the word retirement. She said, it doesn’t feel like a modern word to me. Instead, she is using the word, evolution. I’m here to tell you I’m evolving away from tennis, toward other things that are important to me. A few years ago I quietly started Serena Ventures, a venture capital firm. Soon after that I started a family. I want to grow that family. What do you remember being Serena’s most iconic tennis match?