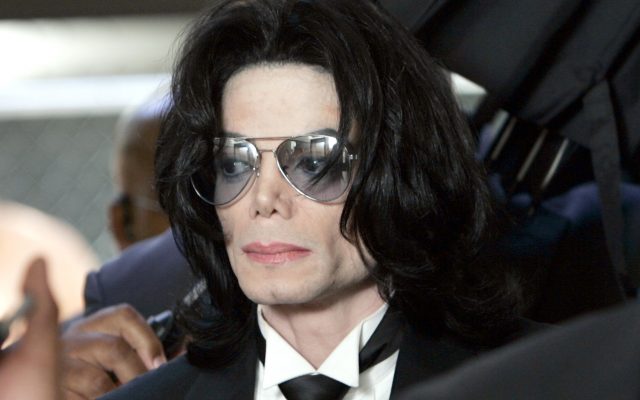 SANTA MARIA, CA - JUNE 13: Michael Jackson prepares to enter the Santa Barbara County Superior Court to hear the verdict read in his child molestation case June 13, 2005 in Santa Maria, California. After seven days of deliberation the jury has reached a not guilty verdict on all 10 counts in the trial against Michael Jackson. Jackson was charged in a 10-count indictment with molesting a boy, plying him with liquor and conspiring to commit child abduction, false imprisonment and extortion. He pleaded innocent. (Photo by Kevork Djansezian-Pool/Getty Images)