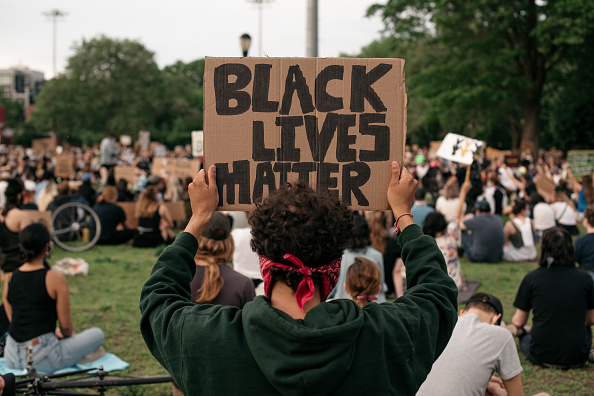 NEW YORK, NY - JUNE 03: Demonstrators pause for a moment of silence during a protest over the killing of George Floyd by a Minneapolis Police officer, in McCarren Park in the borough of Brooklyn on June 3, 2020 in New York City. Days of peaceful protests, sometimes marred by police violence, and vandalism have followed in cities nationwide in response to the death of Floyd while in police custody in Minneapolis, Minnesota on May 25th. (Photo by Scott Heins/Getty Images)

Trying to only support businesses that share the same values as you? Yelp can help.

The crowd-sourced review app is adding a feature that allows users to flag “overtly racist actions” at an establishment, which includes “using racist language or symbols.”

Each claim will be verified, says Yelp’s VP for user operations, to ensure that reviews are based on personal experiences with the business.

“We don’t allow people to leave reviews based on media reports because it can artificially inflate or deflate a business’s star rating,” writes Noorie Malik in a blog post.

Does this sound like a good idea? How could it potentially be misused?