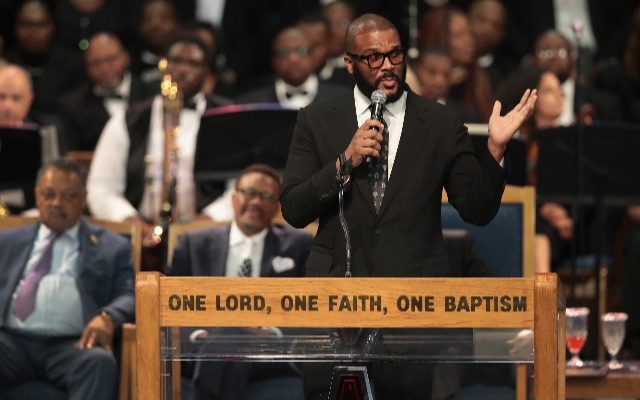 Tyler Perry is featured on the cover of this month’s PEOPLE magazine. He was asked to write an essay for the publication that centers around hope and his vision for America’s future, Perry initially said no to the offer but changed his mind.

“My reluctance wasn’t because I didn’t think it was important, and certainly not that I’m not outraged at the murder of George Floyd and so many others, It was simply because I was exhausted,” said Perry.

As he put pen to paper, Perry described the familiar space many black Americans are in as fear, the need for justice, and the reality that just like Perry, a heartbreaking conversation about racism and police brutality will have to be had with their children.

“I will explain to [Aman] that because we are only 12 to 14 percent of the population, this fight will continue to be a long and arduous one,” writes Perry, “but I will tell him with pride to never give up. I will tell him that progress is made in small steps and even if you get exhausted to fight on…”

I have been trying to process my feelings about all that’s going on in our country, so I wrote an essay from my heart for @people. On newsstands nationwide on Friday. https://t.co/ftjUlOi7ZF pic.twitter.com/SHT6SGEyx6

How old should your child be when you have the conversation regarding police brutality and racism?