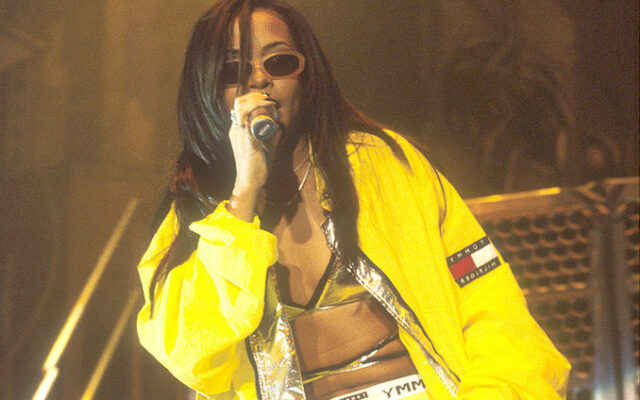 Aaliyah during Aaliyah at The Forum at The Forum in Inglewood, California, United States. (Photo by Jeffrey Mayer/WireImage)