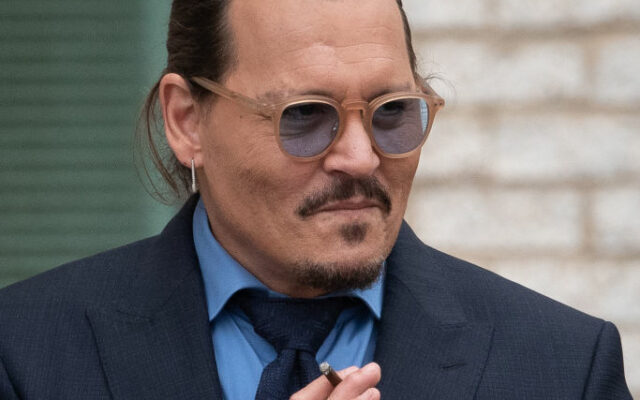 FAIRFAX, VA - MAY 27: (NY & NJ NEWSPAPERS OUT) Johnny Depp gestures to his fans during a recess outside court during the Johnny Depp and Amber Heard civil trial at Fairfax County Circuit Court on May 27, 2022 in Fairfax, Virginia. Depp is seeking $50 million in alleged damages to his career over an op-ed Heard wrote in the Washington Post in 2018.(Photo by Cliff Owen/Consolidated News Pictures/Getty Images)

After six weeks of testimony, and 14-hours of deliberation, Johnny Depp has won his defamation case against his ex-wife Amber heard.

The jury has ordered Amber Heard to pay Johnny $15 million in damages.

The jury also awarded Amber $2 million in compensatory damages for her counterclaim, but nothing in punitive damages.

In a statement released by Amber she said, “the disappointment I feel today is beyond words. I’m heartbroken that the mountain of evidence still was not enough to stand up to the disproportionate power, influence, and sway of my ex-husband. I’m even more disappointed with what this verdict means for other women. It is a setback. It sets back the clock to a time when a woman who spoke up and spoke out could be publicly shamed and humiliated.”

Johnny also released a statement saying, “From the very beginning, the goal of bringing this case was to reveal the truth, regardless of the outcome, Speaking the truth was something that I owed to my children and to all those who have remained steadfast in their support of me. I feel at peace knowing I have finally accomplished that. The jury gave me my life back. I am truly humbled.”

Do you agree with the verdict?