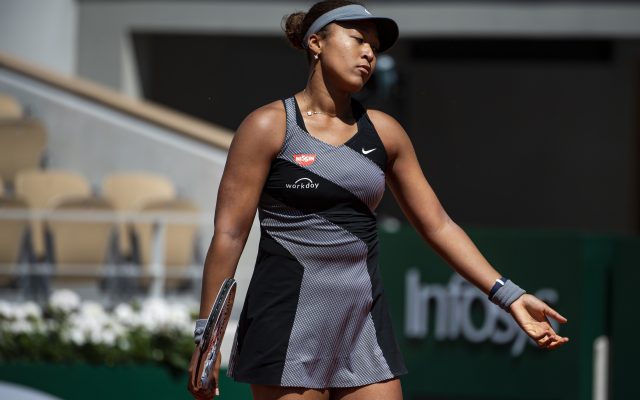 PARIS, FRANCE - MAY 30: Naomi Osaka of Japan looks frustrated during her match against Patricia Maria Țig of Romania in the first round of the women’s singles at Roland Garros on May 30, 2021 in Paris, France.

Some of the biggest names in sports are voicing their support for Naomi Osaka’s decision to withdraw from the French Open. Serena Williams told reporters that Osaka is doing “the best she can”. Coco Gauff tweeted “stay strong. I admire your vulnerability.” Other famous athletes also expressed support. Russell Wilson tweeted “We are with you”, while Steph Curry praised her for “taking the high road”. Osaka announced Tuesday that she was withdrawing from the French Open after she was fined $15,000 for refusing to speak to the media.