Scottie Pippen is Launching a Bourbon 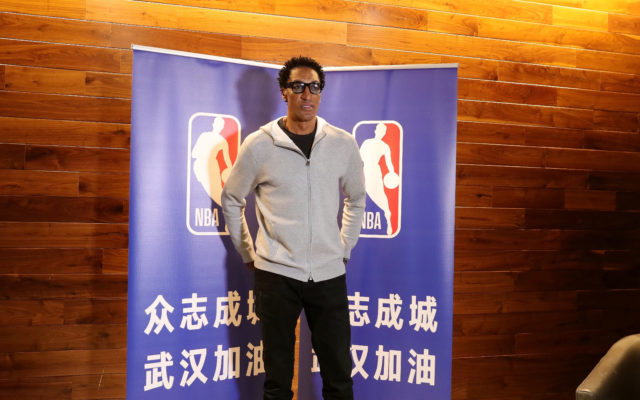 CHICAGO, Feb. 17, 2020 -- Scottie Pippen, a National Basketball Association legendary figure, poses for photos during an interview with Xinhua in Chicago, the United States, on Feb. 16, 2020. Scottie Pippen has voiced his support for China, which is fighting the novel coronavirus disease COVID-19 outbreak. (Photo by Wang Ping/Xinhua via Getty) TO GO WITH "NBA legend Scottie Pippen voices support for China in battle against virus outbreak" (Xinhua/Wang Ping via Getty Images)

NBA legend Scottie Pippen is the latest celebrity to launch their own drink, this time bourbon. The former Chicago Bulls star is now part of the team for Digits Bourbon, based 30 minutes north of Oakland. Pippen is actually involved in the process, too! He has been involved with the tasting and blending processes, as well as making sure labels are getting onto each bottle. Up next for Pippen and his partner at Digits Bourbon? Launching a healthy superfood popcorn! Would you try a bourbon made by Scottie Pippen? What is your alcoholic drink of choice?