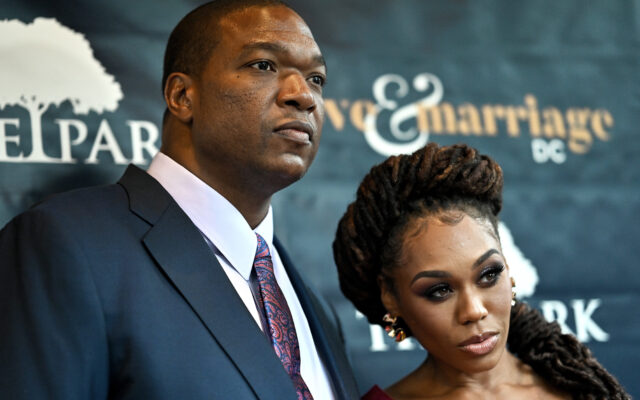 WASHINGTON, DC - MAY 13: Cast members Chris Samuels and Monique Samuels attend the "Love & Marriage: DC" screening at The Park At 14th on May 13, 2022 in Washington, DC. (Photo by Shannon Finney/Getty Images)

Former Real Housewives of Potomac alum and star of Love & Marriage: DC Monique Samuels is addressing rumors that she is headed for a divorce. Monique and husband Chris addressed the rumors in a YouTube video. Monique said the couple has continued to work on their marriage issues that were brought up in Love and Marriage: DC. She said they have spent nights apart as a way of working on their personal issues. She said it is part of their counseling journey. She said it has made them communicate better with each other. She added, are Chris and I getting a divorce? No. Are Chris and I going our separate ways? Absolutely not. The rumor started when Ashley Darby hinted at BravoCon that Monique was going through a tough time in her life. Monique addressed that comment saying Ashley didn’t lie, we’ve been going though it…marriage is work. Do you miss Monique on RHOP or do you prefer her on Love & Marriage?