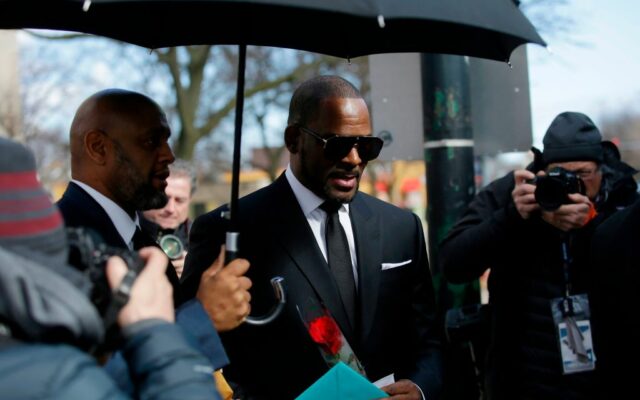 Music artist R. Kelly (C) holds a card and a rose he received from fans as he leaves the George N. Leighton Criminal Court Building after a hearing for his sex abuse case on March 22, 2019 in Chicago, Illinois. (Photo by Joshua Lott / AFP) (Photo credit should read JOSHUA LOTT/AFP via Getty Images)

R.Kelly has fired his Chicago-based legal time and hired the attorney who handled Bill Cosby’s appeal.

Attorney Jennifer Bonjean will represent him in his August 1, 2022 trial.

His sentencing for the Brooklyn verdict is set for May 4. He is facing between 10 years and life in prison.