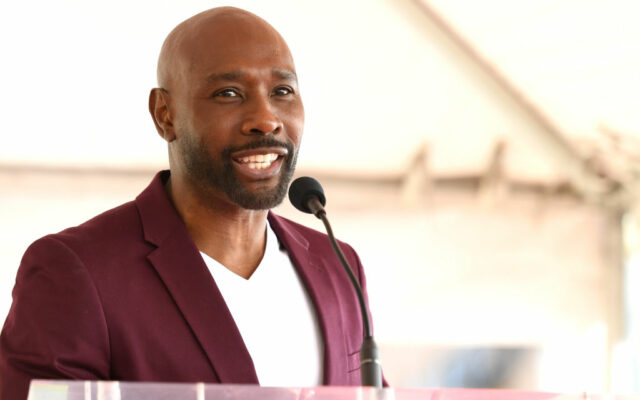 HOLLYWOOD, CALIFORNIA - MARCH 23: Morris Chestnut speaks during a ceremony as he receives a star on the Hollywood Walk of Fame on March 23, 2022 in Hollywood, California. (Photo by JC Olivera/Getty Images)

Back in 1991 when Morris Chesnut came to prominence for his role as Ricky in Boyz N the Hood we played plenty of Tevin Campbell, Quincy Jones, Hi-Five and Tony! Toni! Toné! from the Boyz N the Hood soundtrack here on the Big DM.

Morris Chestnut is the latest celeb to get a star on the Hollywood Walk of Fame.

In an interview with Variety, he talked about his big break.

He said, “If I knew when I was first starting out that I would still be here, I would have focused more on the craft — I would have studied like crazy in the beginning.”

He continued and said, “When I got into this, I got a big break early. I was always trying to look for the next job. But I always ask young actors, ‘What’s your background? Did you take any classes?’ That’s what I tell them most of the time: Study and get the foundation because once you get that, you’ll always be around and you’ll always have opportunities.”

Did you continue to study at your passion or work after your first break?