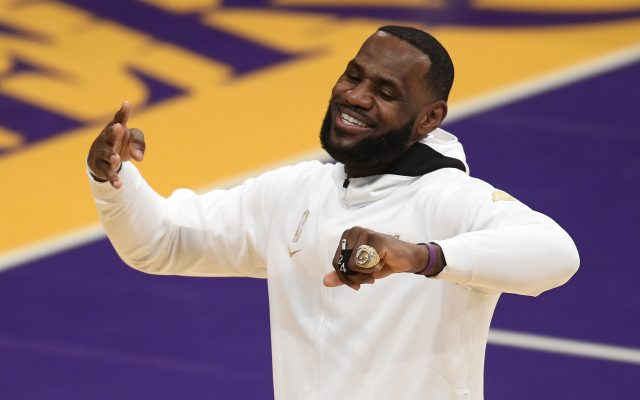 LOS ANGELES, CALIFORNIA - DECEMBER 22: LeBron James #23 of the Los Angeles Lakers poses with his ring during the 2020 NBA championship ring ceremony before their opening night game against the Los Angeles Clippers at Staples Center on December 22, 2020 in Los Angeles, California. NOTE TO USER: User expressly acknowledges and agrees that, by downloading and or using this photograph, User is consenting to the terms and conditions of the Getty Images License Agreement. (Photo by Harry How/Getty Images)

NBA superstar LeBron James is coming out with his second children’s book called “We Are Family” this summer. It’s described as a middle-grade novel about five new friends who have different dreams and backgrounds but work together to save their basketball season.The book is a follow-up to James’ New York Times bestselling picture book, “I Promise”. “We Are Family” is set to be released on August 31st.