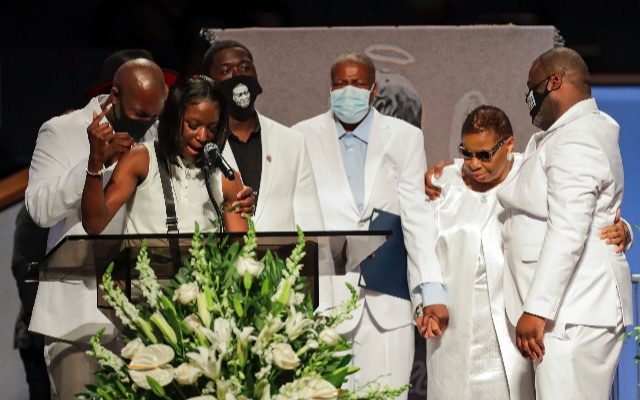 To honor the memory of George Floyd a hologram in his image is on tour through a few Southern states.

The hologram, which was created through a partnership between the George Floyd Foundation and Change.org shows George’s image in a glowing yellow light.

The hologram was unveiled at the place where the Jefferson Davis statue once stood in Richmond, Virginia.

The foundation created by George Floyd's family has launched a new initiative to project a hologram of Floyd at a handful of Confederate monuments throughout the South https://t.co/D9GWPtfys5 pic.twitter.com/XhlegI5Ghh

After it stays in Virginia, the hologram will take the same path as the 1961 Freedom Rides by making stops in North Carolina, Georgia, and other Southern states.