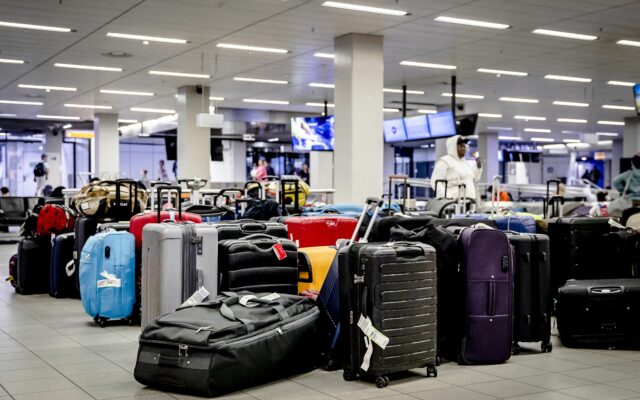 This photograph taken on July 26, 2022 shows suitcases at the baggage claim service at Schiphol Airport in Amsterdam. - Due to staff shortages, crowds and many missed flights, thousands of suitcases are waiting at Schiphol Airport. - Netherlands OUT (Photo by Remko de Waal / ANP / AFP) / Netherlands OUT (Photo by REMKO DE WAAL/ANP/AFP via Getty Images)

Portia Odufuwa, 37, fired at the ceiling in Dallas’ Love Field airport, police said on Monday (July 25). Odufuwa was shot in the lower body and taken to the hospital, where she remains. She was previously charged with arson, false reporting, and bank robbery. She told police she was ‘God’s prophet’ and claimed to be married to singer Chris Brown: she was declared unfit for trial. In 2019, Odufuwa was charged with arson after she burned down a house she lived in; she told police that she started the fire and eventually stopped communicating with the police saying she needed to speak to her husband, Chris Brown. Do you think Odufuwa should be deemed competent to stand trial?